When I shifted over from my previous blog, one of the things that I wanted to stop doing was commenting on iPod accessories. But I can’t help it, they deserve my ridicule and if you buy this one below, *you* deserve my ridicule too. I mean, come on!!! 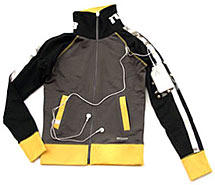 Funny paraody that sums up exactly how I feel about iPod and all its accessories.

Think Sony’s Aibo is a dumb idea? Then you haven’t seen this one yet. 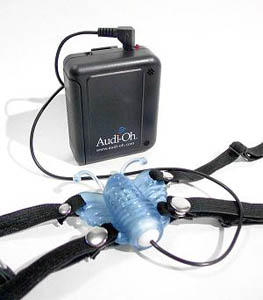 Behold … the iParka for the your iPod Shuffle. 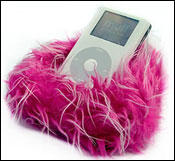 Heheh…”Muff Dock“. They can’t choose a better name than that???

From Overheard in New York:

If your parents dress you like this when you were a baby, and you develop psychological problems later on in life, I think you have grounds to sue.