Men are weak and simple. No where is this more evident than inside a strip club. Here are some reasons why. As a male: 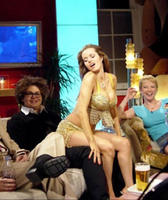 I had spoken to a woman a while back who was a university student. She stripped to supplement her income and help pay for school. It’s good money and if she had the courage to do it, more power to her.

I definitely respect the women in this line of work. And I don’t mean it in a patronising way, or because if I don’t respect them in the club I’d get thrown out. No, I respect them because they are self-confident and smart. Self-confident because they feel comfortable to have absolute strangers look at their naked bodies. Smart because they know they can earn good money by taking advantage of the innate nature of men – we just can’t help ourselves when it comes to naked women.