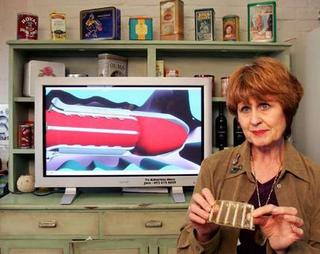 A South African woman Sonette Ehlers has invented an anti-rape female condom. How it works:

Well that’s the theory, but a concerned comment from an anti-rape activist there:

“If a victim is wearing such a device it may enrage the attacker further and possibly result in more harm being caused,” said Sam Waterhouse, advocacy co-ordinator for Rape Crisis.