As Rita closes in the number of ppl leaving increases, adding to the traffic crawl out of the affected areas. Some reports note that cars travelled only 6 miles in 3 hours causing frustrations – some drivers had even opted to drive *back* to their homes. There have also been reports of cars running out of petrol whilst stuck on the highways, and fights breaking out among ppl clamouring for scarce fuel, at petrol stations that line the exit route .

To view this in a positive light, this situation is only caused by more ppl choosing to leave than not and that is a good thing. 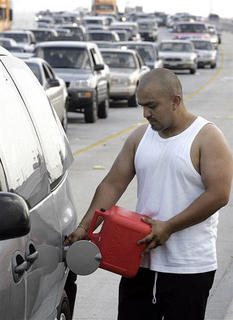 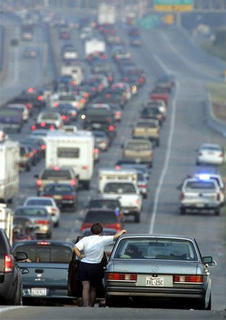 Nature and human nature – both conspire to create a potentially nightmarish scenario but so far everything still looks better than before Katrina hit.