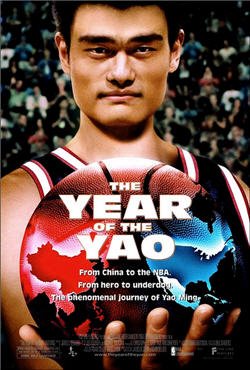 Easily the most recognised Chinese athelete on the planet, Yao Ming’s story and how he came to be began even before he was born. His parents were “farmed” atheletes arranged to marry – done so to perpetuate atheletic genes. His mother was a Red Guard during the Cultural Revolution. He didn’t like playing basketball. He almost stopped playing because his mother wanted him to have an education that was denied to her and his father.

And when he made it to the NBA, there was the cultural shock and language difficulties of adjusting to life in a free-wheeling capitalist country. The family was suddenly flushed with cash, yet his mother insisted that his parents live with him and only gave him a small allowance initially.

All in all, it’s a fascinating read.

6 thoughts on “The story of Yao Ming”